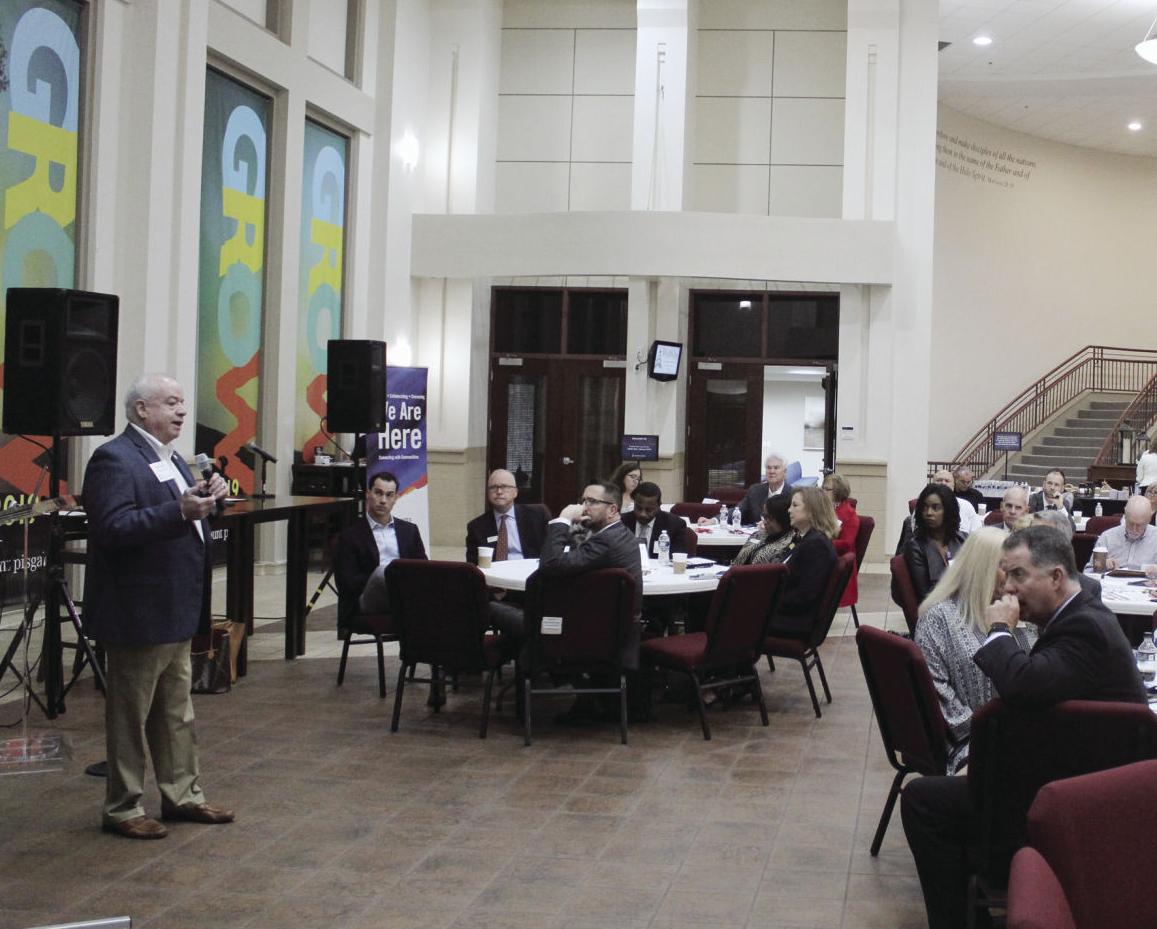 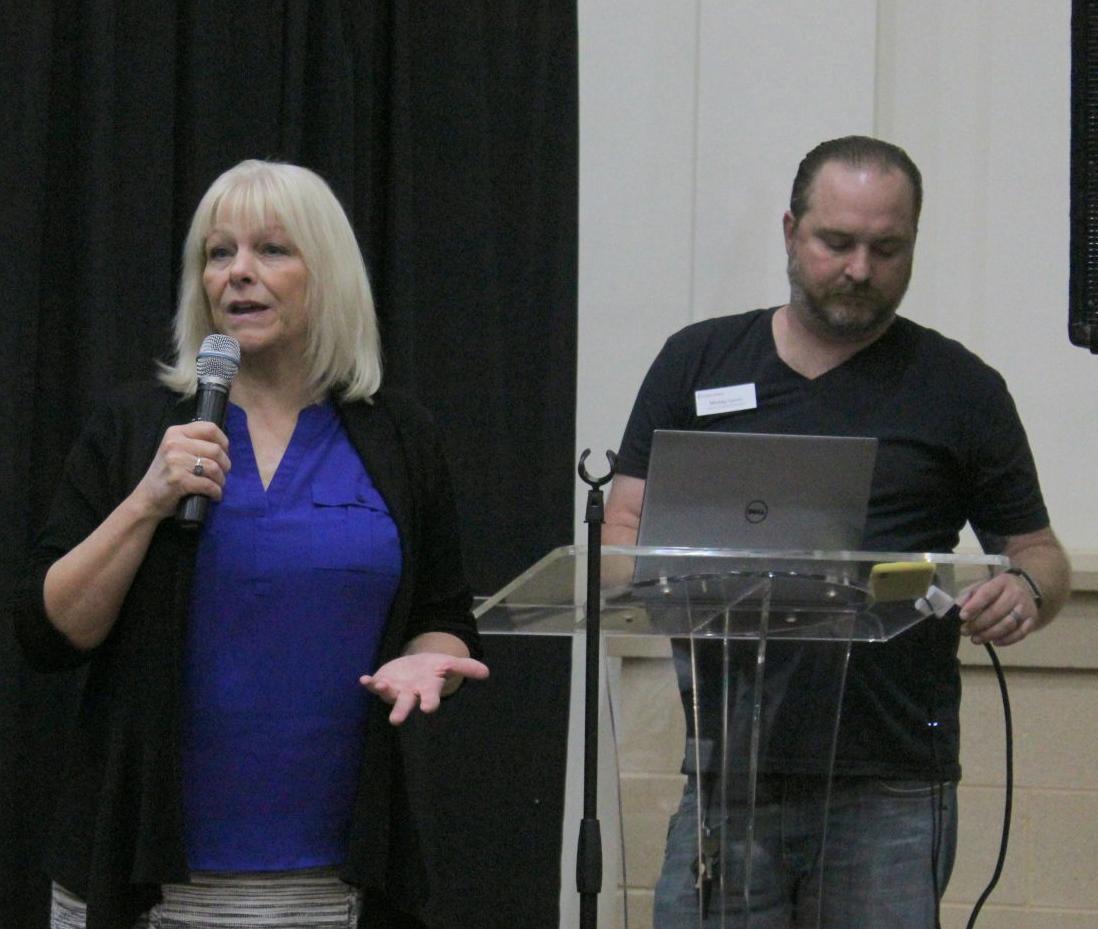 Communication Across Barriers President and founder Donna Beegle speaks from her own experiences about the realities of poverty.

Communication Across Barriers President and founder Donna Beegle speaks from her own experiences about the realities of poverty.

NORTH FULTON, Ga. — Poverty may seem like a faraway issue for those in the prosperous and growing suburbs of North Fulton, but it’s closer than residents may think.

The North Fulton Poverty Task Force, dedicated to tackling local problems of financial vulnerability, held its first-ever Community Summit Nov. 7 at Mt. Pisgah United Methodist Church to shine a light on the issue. More than 200 community members and civic leaders attended, including local and state elected officials. Attendees listened to speakers and group panels about financial vulnerability and poverty in North Fulton and broke out into groups to discuss issues like affordable housing, transportation, child wellbeing, and income and workforce development.

“North Fulton and poverty — the two didn’t seem to go hand-in-hand,” said WAGA-TV News Anchor Lori Geary, who emceed the summit. “When I think of North Fulton, I think of prosperity… The numbers really paint a picture.”

North Fulton Poverty Task Force Chair Jack Murphy pointed to an MIT nationwide cost-of-living survey to demonstrate the high numbers in North Fulton. In order for a family of four to be financially stable in North Fulton, Murphy said, they would need to make $80,000-$90,000 a year.

That price point doesn’t match up with the fact that rent prices have increased by nearly 48 percent in Metro Atlanta since 2011 while wage growth has been nearly stagnant, he said.

This condition has contributed to a growing population of financially vulnerable individuals, Murphy said.

But what most shocked him, he said, is learning that that almost 6,600 people in North Fulton don’t have access to some sort of vehicle, a necessity for many who work in the area.

The Task Force is facing these issues with the goal to create a community where all residents, including the financially vulnerable, can be thriving and contributing citizens.

To help explain the world of poverty and its effects, heard from Communication Across Barriers President and founder Donna Beegle as the keynote speaker to discuss her own experiences with generational poverty.

Beegle was born into a migrant labor family, has experienced homelessness many times, was married by age 15 and is the only member of her family who has not been incarcerated. She was able to earn her GED at age 25 and her doctorate in educational leadership 10 years later. She founded Communication Across Barriers to educate people about poverty and how to fight poverty. In its 30-year history, Beegle’s organization has perfrormed work in all 50 states.

“We are segregated in the United States,” Beegle said. “I’m talking about social class. Who do middle class people sit down to eat dinner with? If you’re in generational poverty, in working class poverty, immigrant poverty, situational poverty, any of the many different types of financial vulnerability, who are you hanging with? It’s probably going to be people who are in similar situations to you. So, there’s no real way to understand what you might do different than anyone around you.”

One of the ways this segregation manifested for Beegle and her family was that her marriage at age 15 was seen as normal for her community, and college wasn’t even a consideration when they were just trying to figure out when they would eat next or where they would sleep that night, she said. Middle-class life was completely foreign to her, she added.

Social segregation has led to a slew of misunderstandings about people in poverty, Beegle said. She addressed some of these myths about working hard, drug and alcohol addiction, welfare, childcare and mental health.

“Our ignorance about the financially vulnerable people in our communities has made that word ‘enable’ a massive excuse for not helping,” Beegle said. “Maslow said you can’t enable someone who doesn’t have their fundamental human needs met, because they can’t self-actualize or be all that they can be… We have to break the divides in our communities.”

She stressed one the best ways to combat this ignorance is through education, especially because the topic is rarely discussed in school or training. Another method, she said, is to listen to the voices of those in poverty.

“People truly want to make a difference — they don’t always understand poverty, financial vulnerability, but they really want to help,” Beegle said. “Poverty is resolvable. We’re not a land of poverty. We’re a land of plenty.”

For more information about the North Fulton Poverty Task Force and its future meetings, visit ourinvisibleneighbors.org.